A chilly paddle but a warm experience

The tour was led by Jim Ruef, former director of Lebanon’s Department of Public Works, who, along with the Lebanon Community Foundation, played a major role in the city’s acquisition of Cheadle Lake. Geese flew, floated, and hooted around the little flotilla on its way between stops, where Jim described the lake’s development from natural marsh to drained pasture to partially dredged log pond and, finally, to city-owned park. As boaters clung to an old anchor pier for log rafts, Jim pointed out the lake’s two log dumps and the fingers of land created by the accumulation of dredged material. Further along, he pointed to Little Creek, which is the lake’s only inlet, and to willows that are among the many trees BLT has planted on the spits. The boaters paddled on toward to the southern end of the lake as strollers and their dogs walked in parallel on the trail along the dike.

When Jim first visited the lake, he said, it was entirely surrounded with bramble thickets. When he brought the city council to see it, he used a machete to hack a path to the shore. Today, although the water is murky from remaining wood debris, the lake is a haven for fishermen and wildlife as well as ramblers. On the way back to the boat ramp, what appeared at first to be a plastic bag revealed itself to be an egret, stalking prey along the shoreline. Cheadle Lake has come a long way!

We thank Peak Sports of Corvallis for supplying, free of charge, the kayaks, canoes, and life vests for this event. 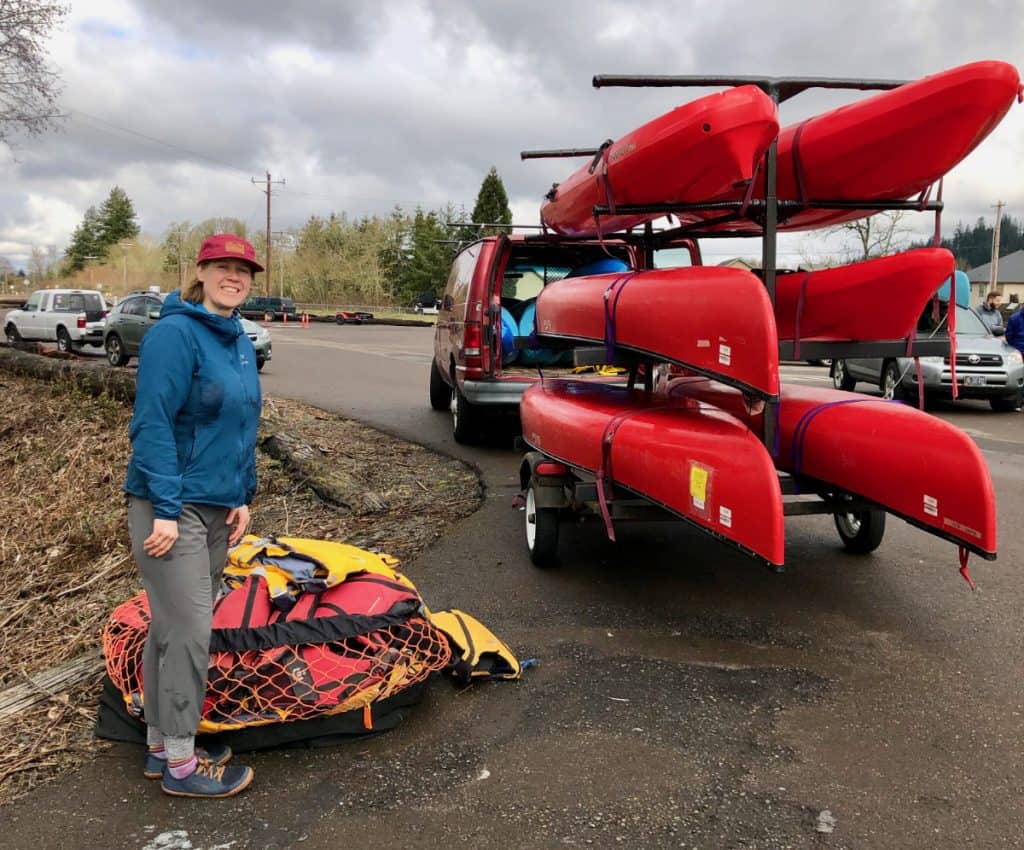 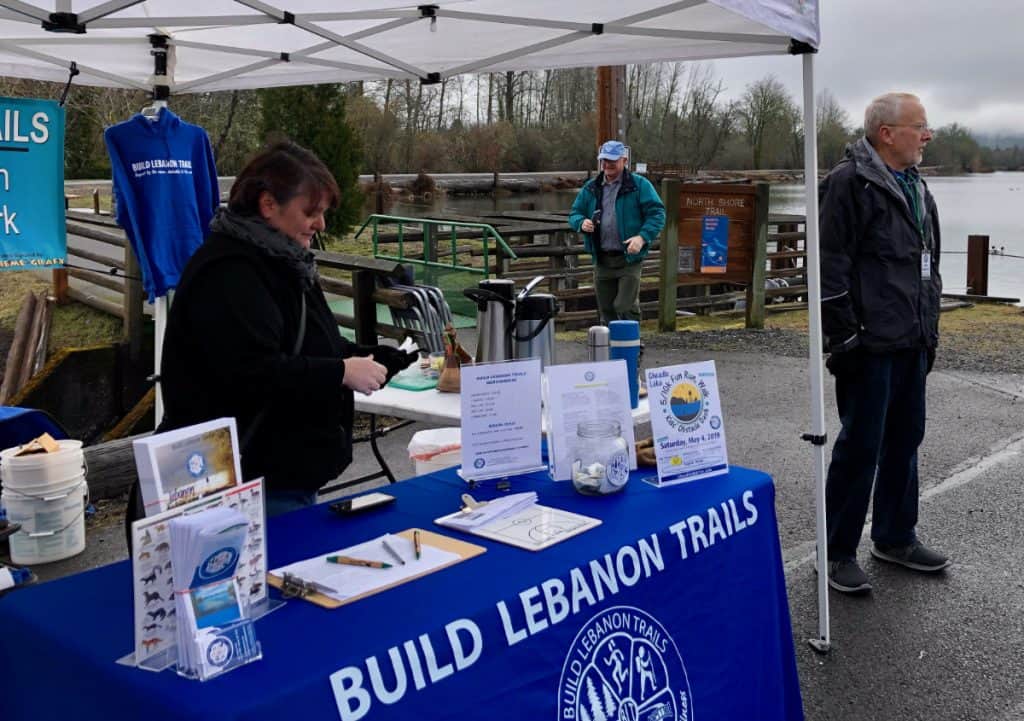 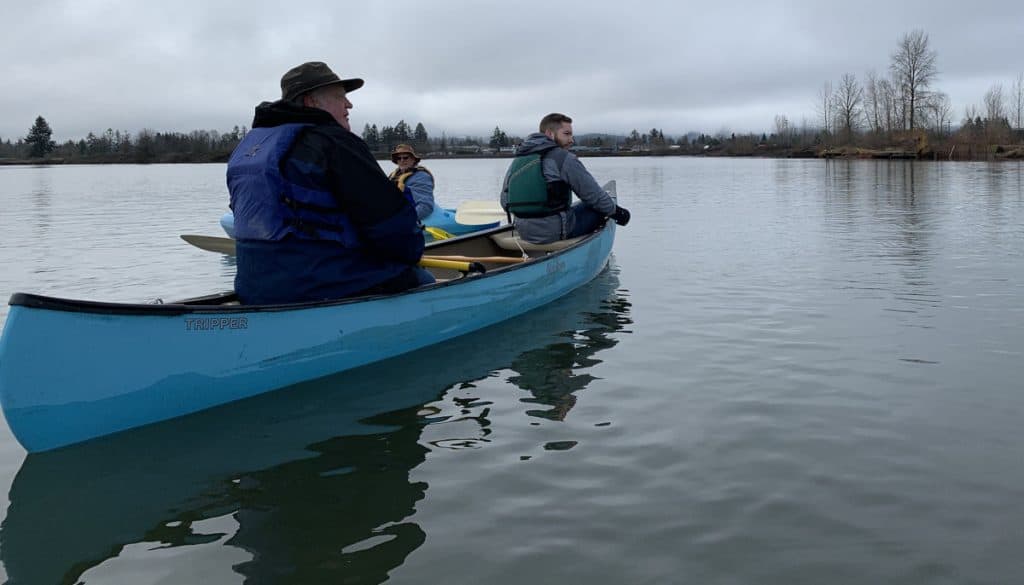 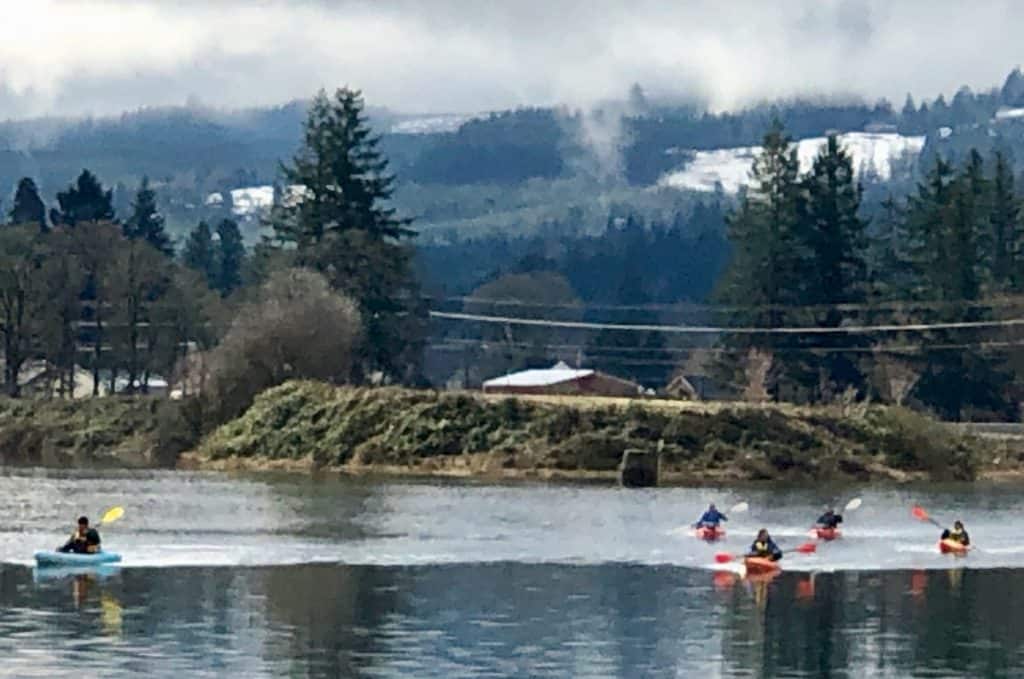 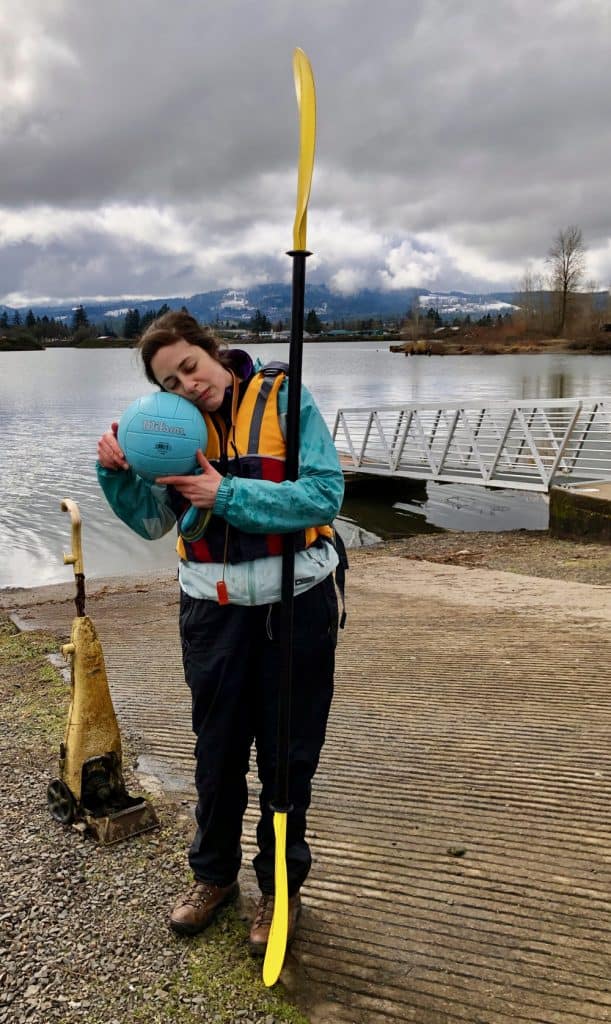 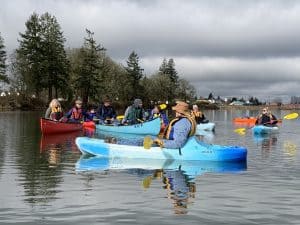 Kayaks and canoes on Cheadle Lake