The wide concrete path parallels the South Santiam River for more than three-fourths mile. The path tops the North-South Dike, or City Dike, which Linn County built after Lebanon flooded two winters in a row, in 1931 and 1932. The dike permitted the development of several lumber mills in the area immediately to the west. Later, as the local lumber industry declined, the mills gradually shuttered. Since the late 1990s the area has been an enormous wasteland—the remnants of roads and building foundations amid Scotch broom and weeds. Today the land belongs to the Heatherington Foundation for Innovation and Education in Healthcare, which hopes to donate most of the acreage for a medical campus. When the trail is finished, the foundation will turn it over to the city of Lebanon for use by the city’s residents and visitors.

“The project is unusual in that virtually no tax dollars were used in its construction,” says Thad Nelson, secretary-treasurer of the BLT board. Although the city of Lebanon was involved in some of the early work of designing and surveying the trail, public funds weren’t available for the trail’s construction. So Nelson and his wife, Joanne, donated $200,000 for the project plus $50,000 in the form of a challenge grant. Their grant was matched through dozens of other donations from community members. In addition, Build Lebanon Trails pledged $25,000 for the project, and the Heatherington Foundation provided $650,000. Local businesses that helped include the Rick Franklin Corporation, Briese Custom Concrete, G&S Crushing, Udell Engineering, Benton Electric, John Dinges Landscape Co., and Turrentine Engineering. Other major contributors are honored through individual stone plaques in a small plaza along the trail.

Finishing touches are underway. Soon to be placed along the trail are a dozen resting benches, trash receptacles, dog waste stations, and lamps. “This will be Lebanon’s first fully lighted trail,” says Nelson. Fifty-two LED pole lights will face downward to provide illumination for trail users while avoiding lighting up the night sky. Gravel shoulders will also be constructed, and grass will be planted in a band along the shoulders. Two kiosks will be installed, one at Gill’s Landing and another at Riverview Park, with information about the history of the area—the bridges and the ferry that preceded them, the mills, and the floods and dikes. All of these features will be added this fall, and in late February or early March at least twenty-five new trees, selected to provide color through the seasons, will be planted along the trail.

While working on the Old Mill Trail, BLT also improved what is known as the Eagle Scout trail. Created in 1994 by Thor Deacon as an Eagle Scout project, this hiking trail begins at Gill’s Landing and runs through the woods on city-owned land along the river. BLT volunteers widened the trail, added some fine crushed rock, and extended the trail across Heatherington Foundation land all the way to Riverview Park. Now hikers will be able to make a loop from Gill’s Landing by taking the Eagle Scout Trail in one direction and the Old Mill Trail in the other (although in winter the Eagle Scout Trail may be occasionally inundated).

BLT volunteers have been essential to the success of the Old Mill Trail project. They have held work parties to pick up trash, cut away English ivy and brambles, and remove stones and other tripping hazards from the Eagle Scout Trail. A group of “dryhards” guarded the drying concrete of the Old Mill Trail for several days, chasing off humans, deer, and other critters who might otherwise leave footprints. Jan Diamantine and Darryl Black did historical research for the kiosks, which Jared Richey and Regan Eivers of the Sweet Home Ranger Station are now constructing. The volunteers’ work will continue when the project is complete: A crew will water the new trees for at least three years, and work parties will remove invasive plants and keep the trails clear. (The next work party will be October 16, and new helpers are welcome. See buildlebanontrails.com for more information.)

For Rod Sell, BLT’s president and founding visionary, the most exciting thing about completing the Old Mill Trail is that it serves as a key section of Lebanon’s overall trail system. The trail connects more than five miles of existing trails and five city parks. You can start a walk or ride at, say, River Park, and continue on to Gill’s Landing, Riverview Park, Cheadle Lake, and finally, Porter Park—“for a trip of several miles, all off road,” Sell says. “This is great for tourism and for the health and welfare of everybody in our community.”

Many Lebanon residents have already discovered the new trails. Although at this writing barriers block both ends of the Old Mill Trail, walkers, runners, bikers, scooter riders, and stroller-pushers are slipping around the barriers to follow the concrete path atop the dike, with the open view to the west across the site of the old mills and, to the east, occasional glimpses of the river through the trees. In the woods, a short distance away, hikers explore the new stretch of the Eagle Scout Trail.

Lebanon’s trail system is still expanding; eventually it will include more than fifty miles of trails. BLT continues to work with the city to obtain land and easements and plan new trails according to Lebanon’s Strategic Trail Plan. You can view a map of the trail system or donate to the cause. 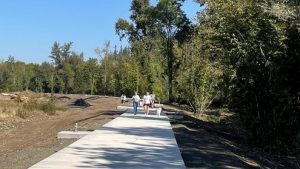 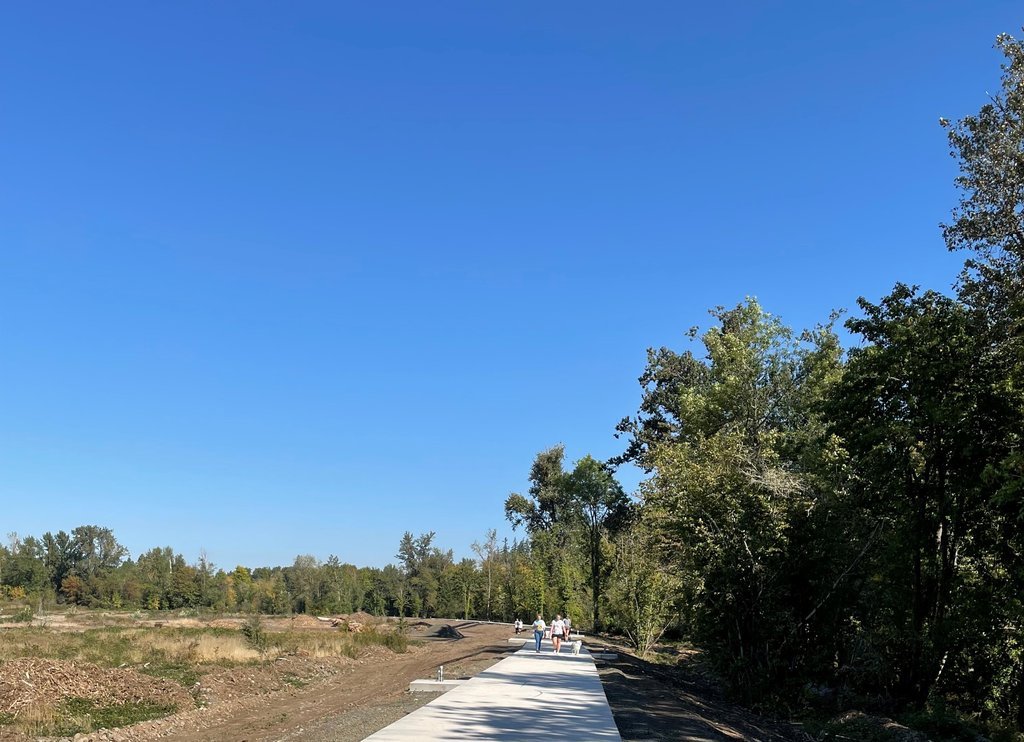 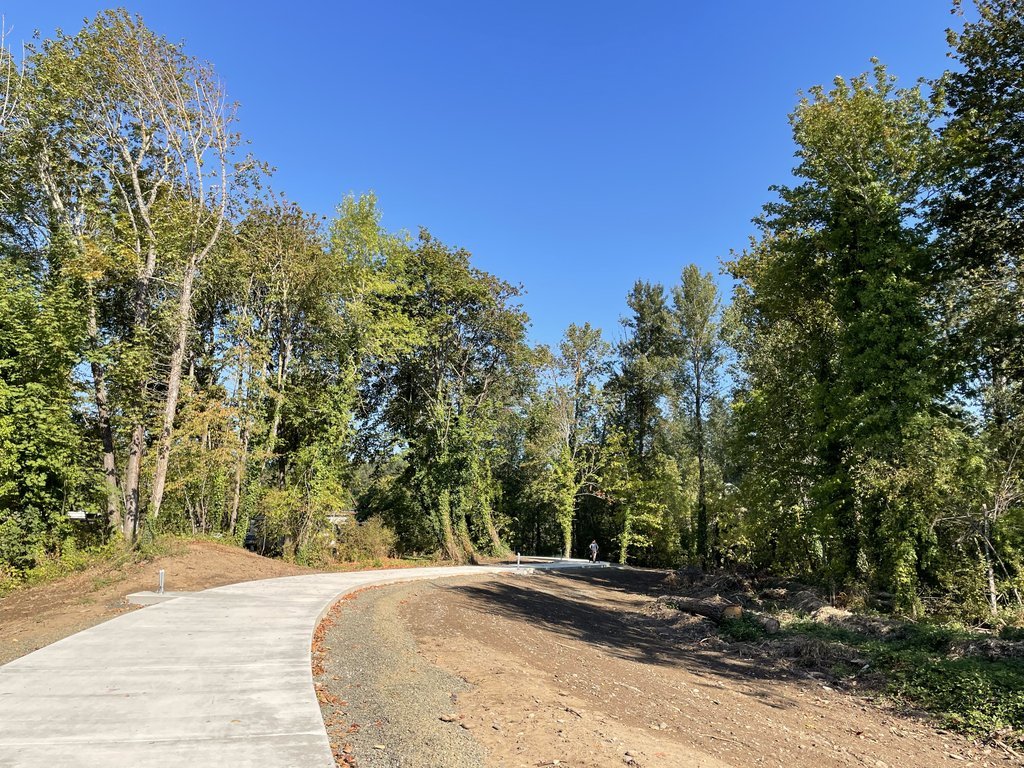 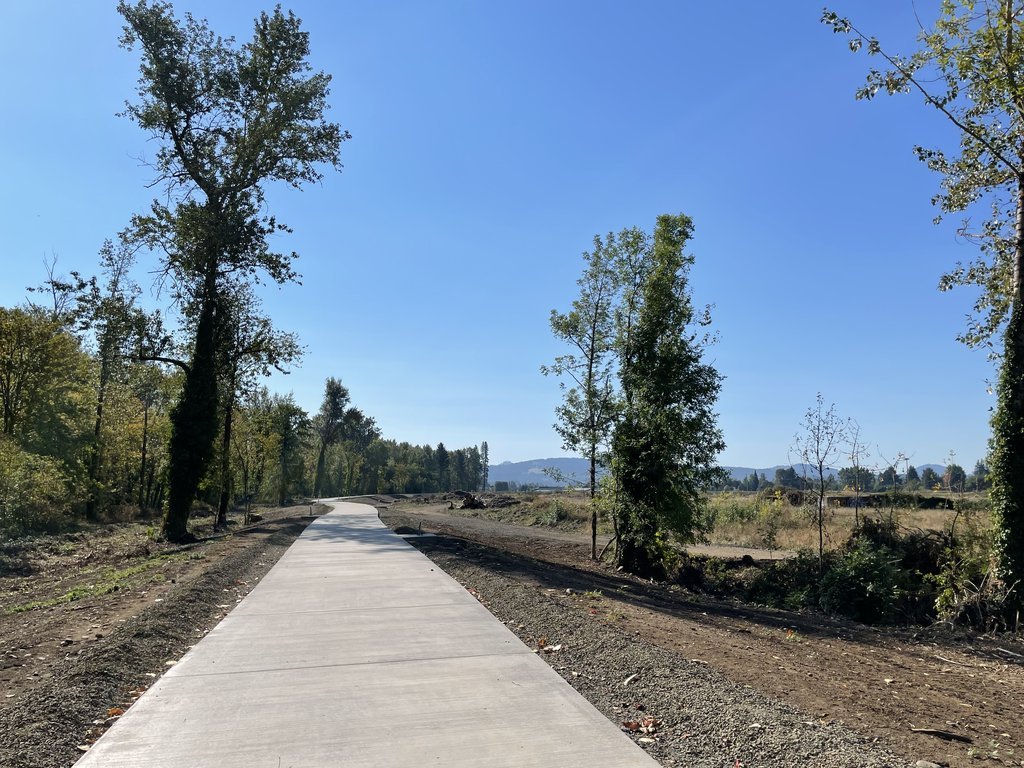 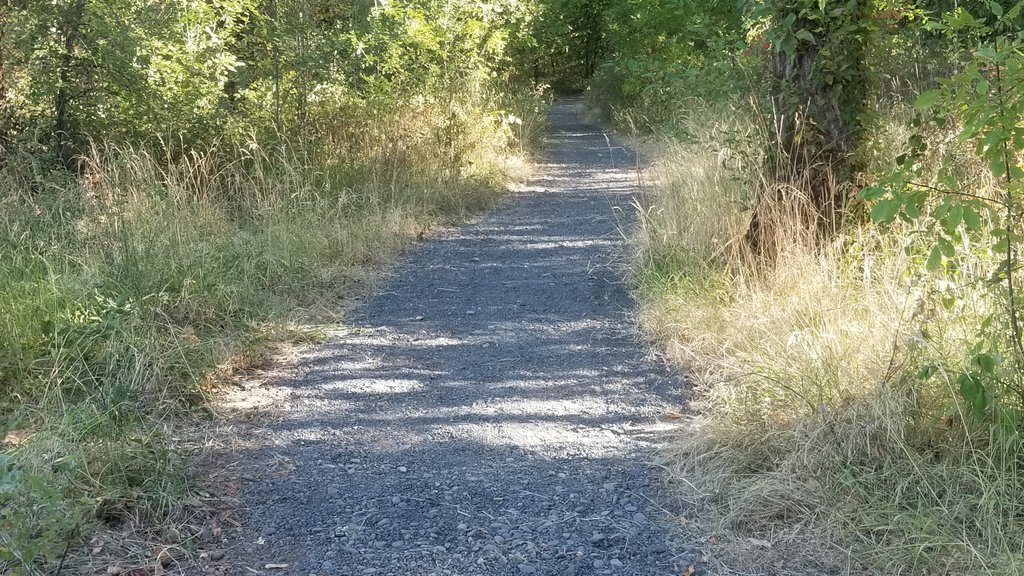 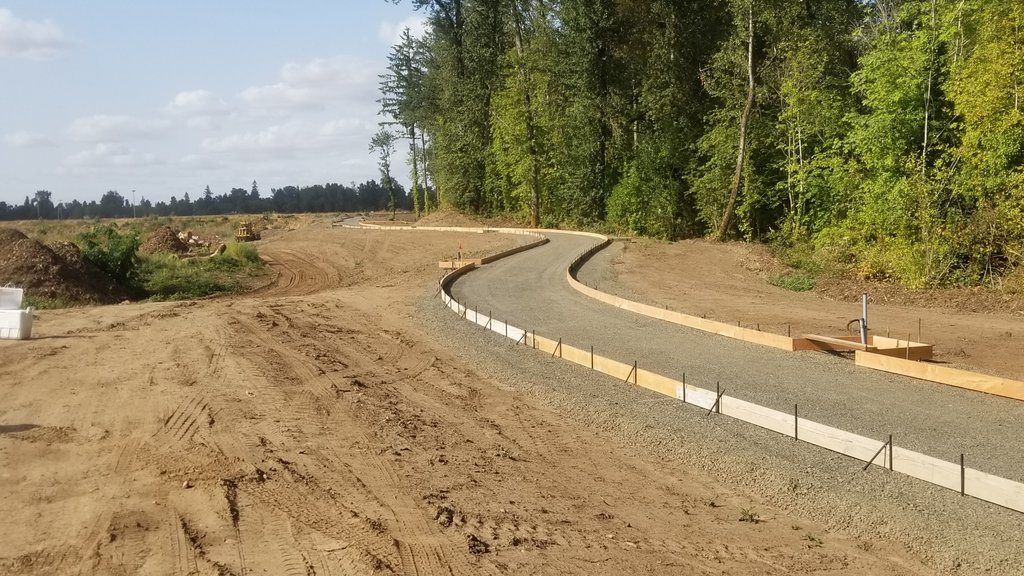 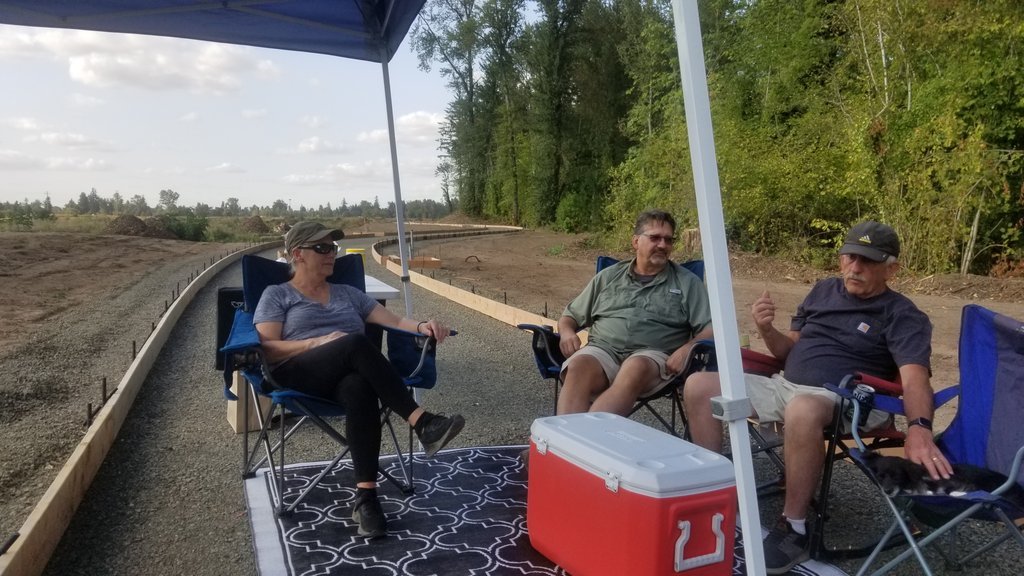 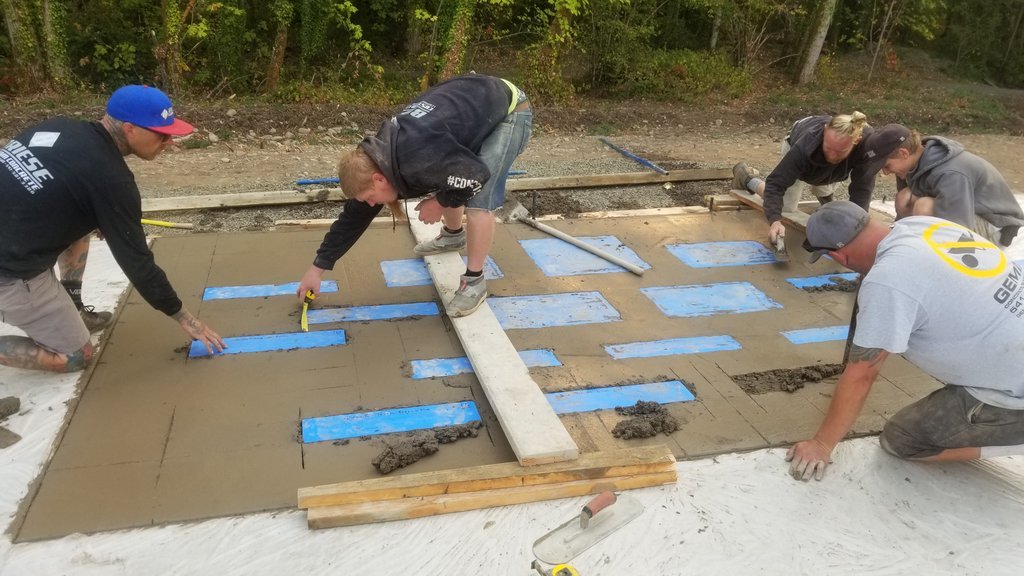 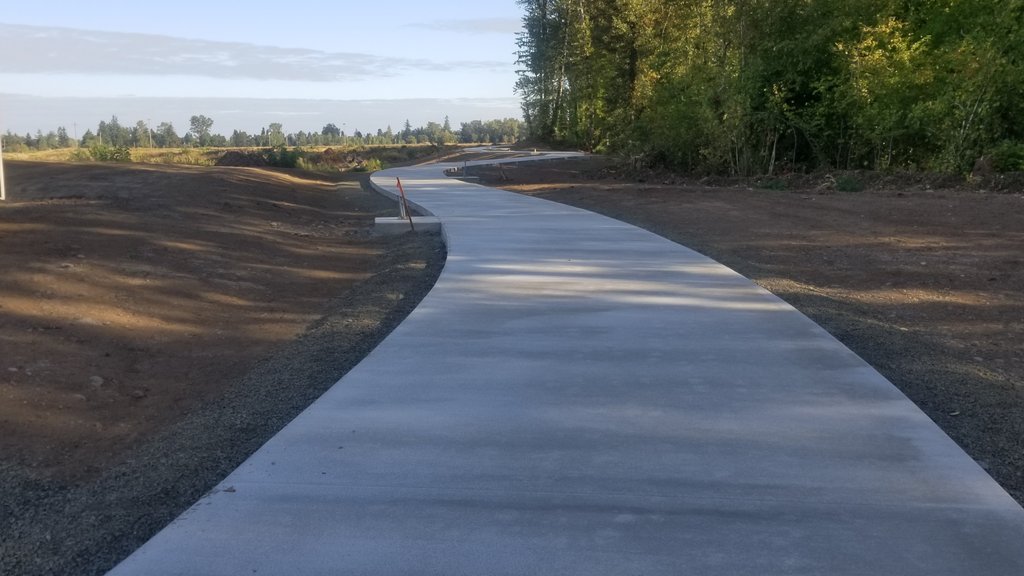