An easy level walk on paved surfaces from the Had Irvine trailhead around the Marks Slough Loop and back. View of the South Santiam River from one point on the Marks Slough Trail. This is a shorter version of the Boulder Falls to the River Walk. 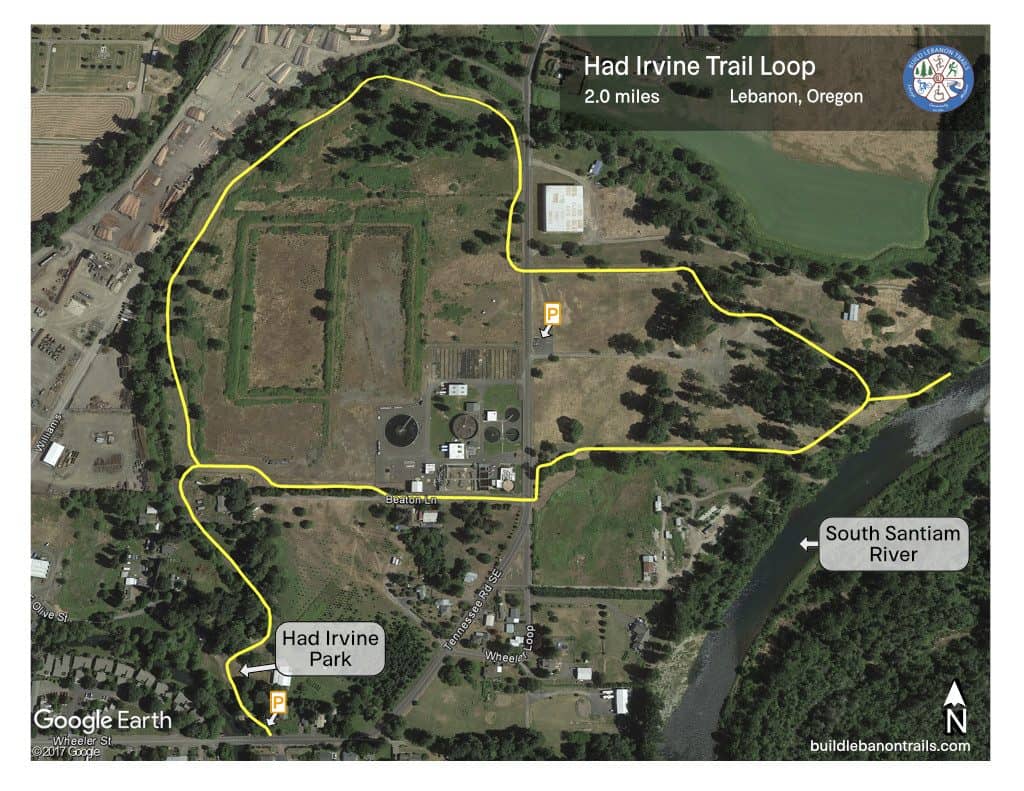 From the parking area at Had Irvine Park, walk north on the trail.

In about 1,200 feet there’s a T-intersection, which is the beginning of the Marks Slough loop trail, which passes along the Santiam River on the eastern side of the loop. You can complete this loop in either direction, but first-time users will probably find it simplest to turn left and walk the trail in a clockwise direction.

After completing the loop, return to Had Irvine Park the way you came. 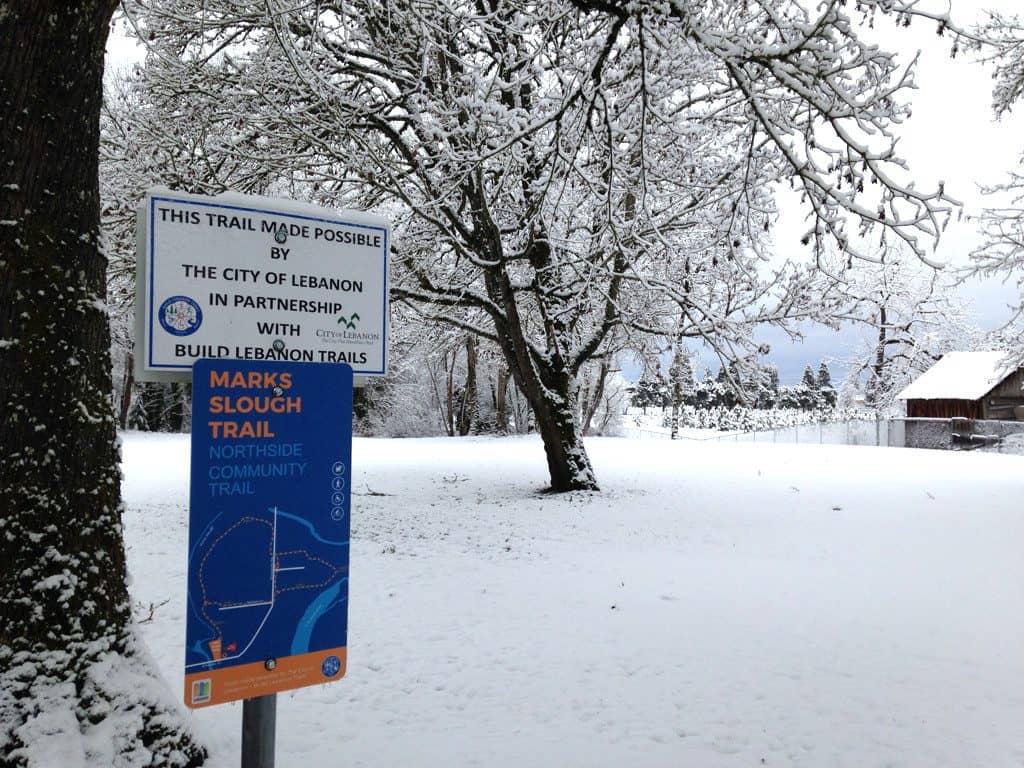 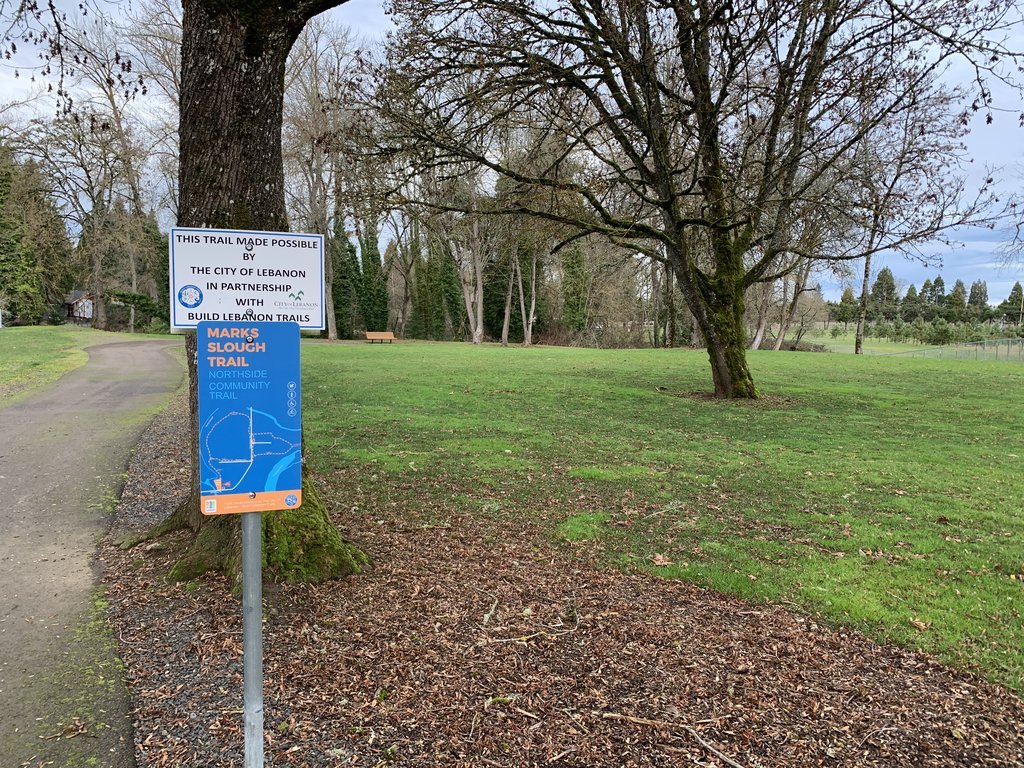 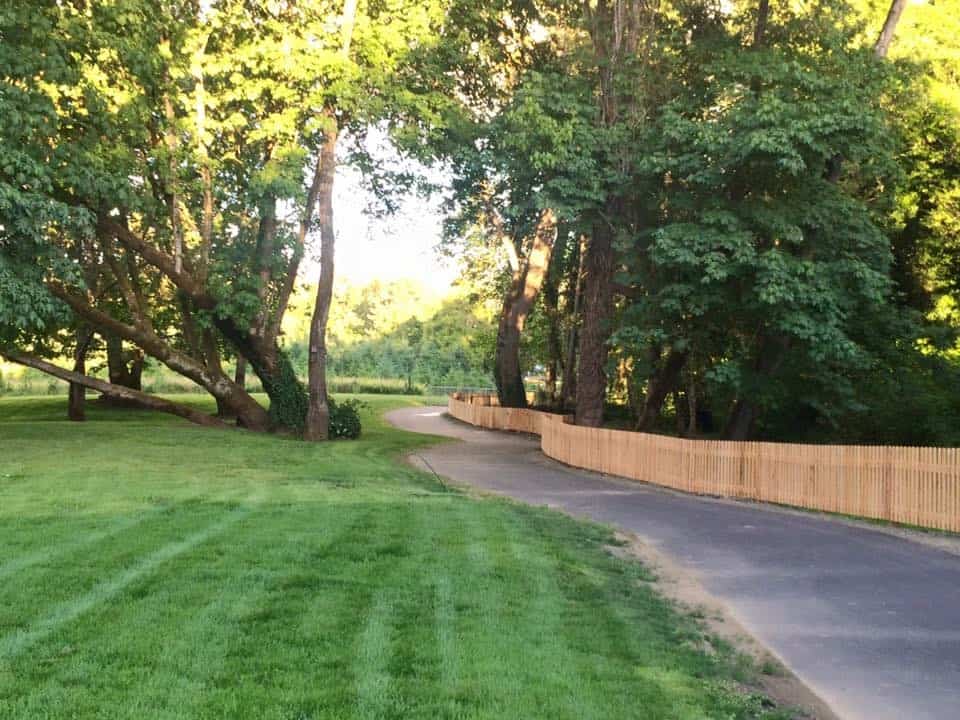 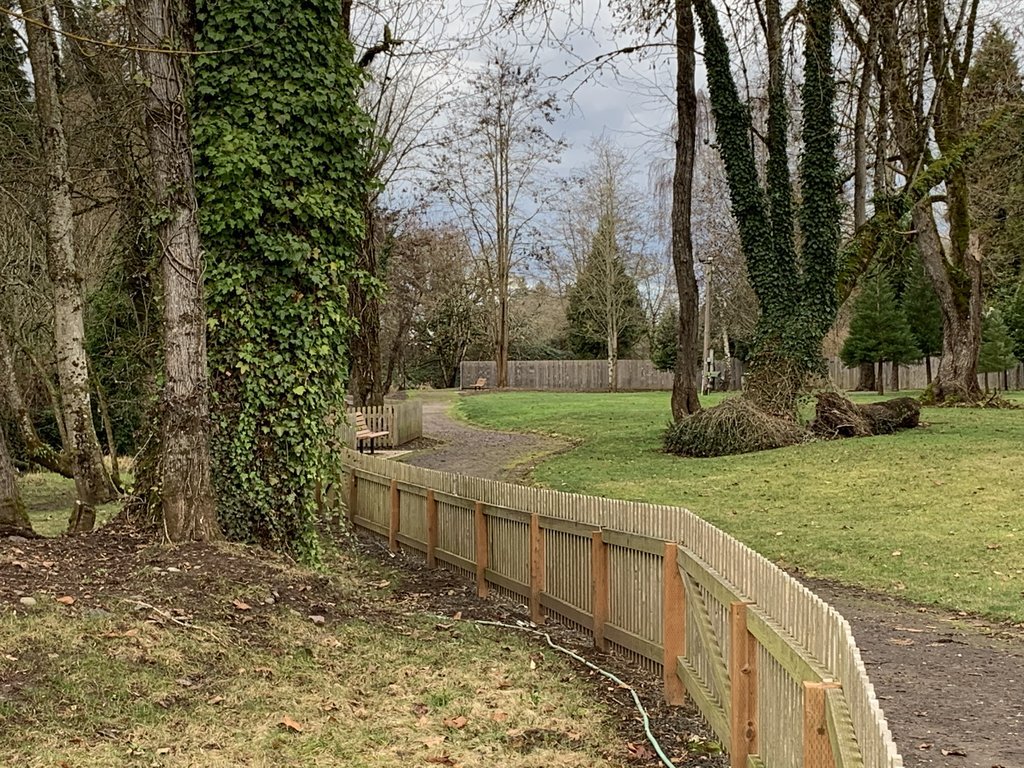 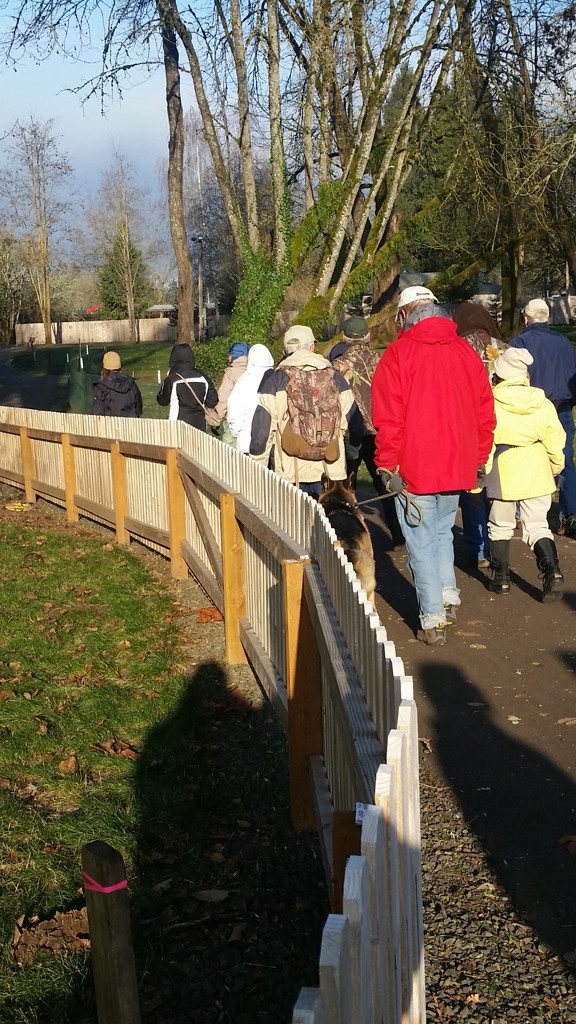 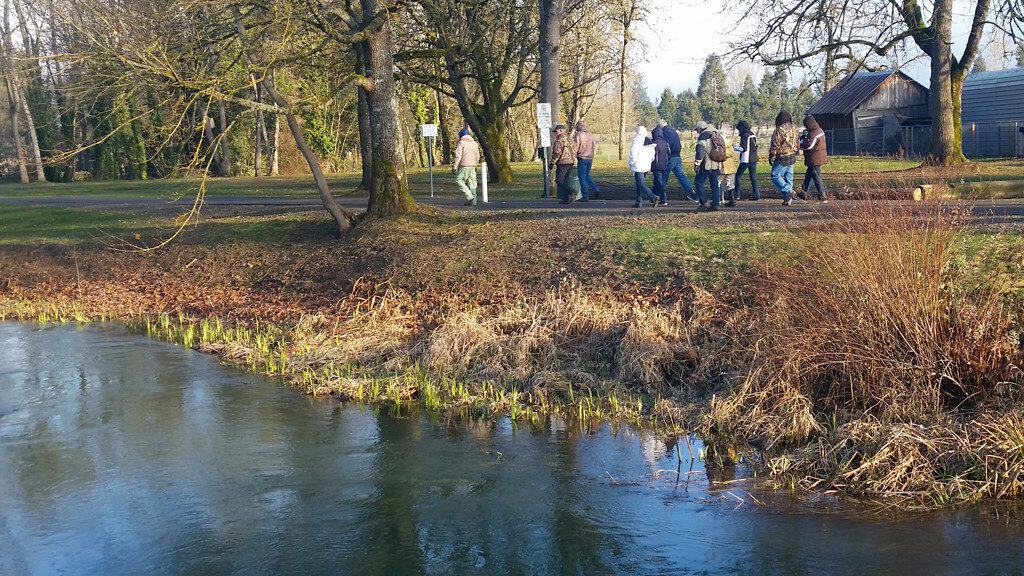 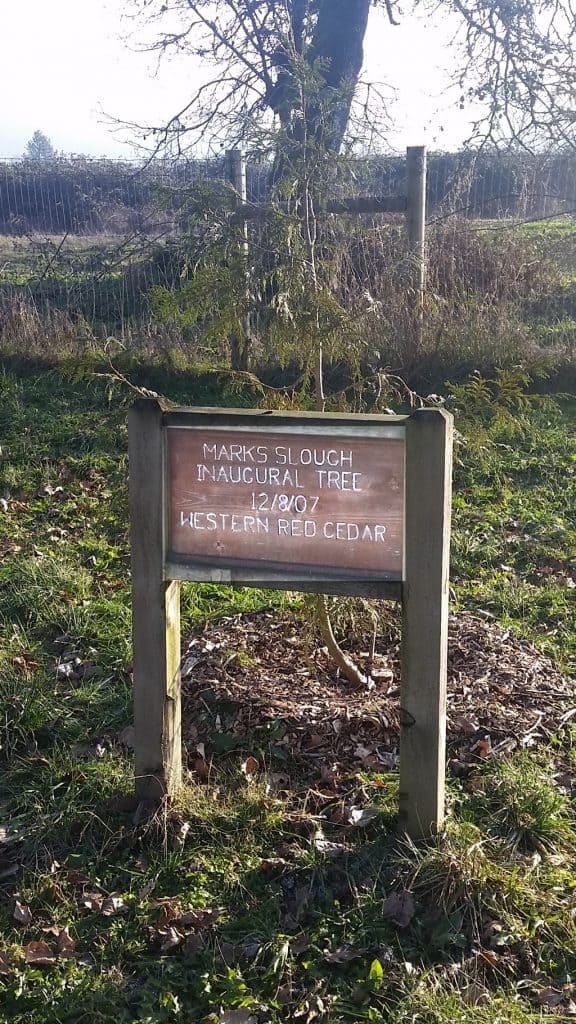 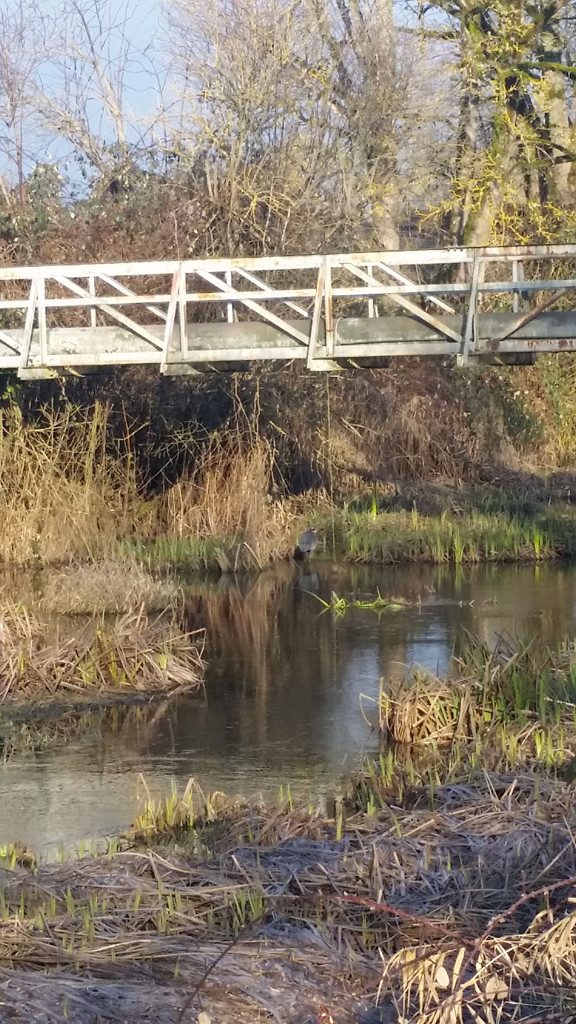 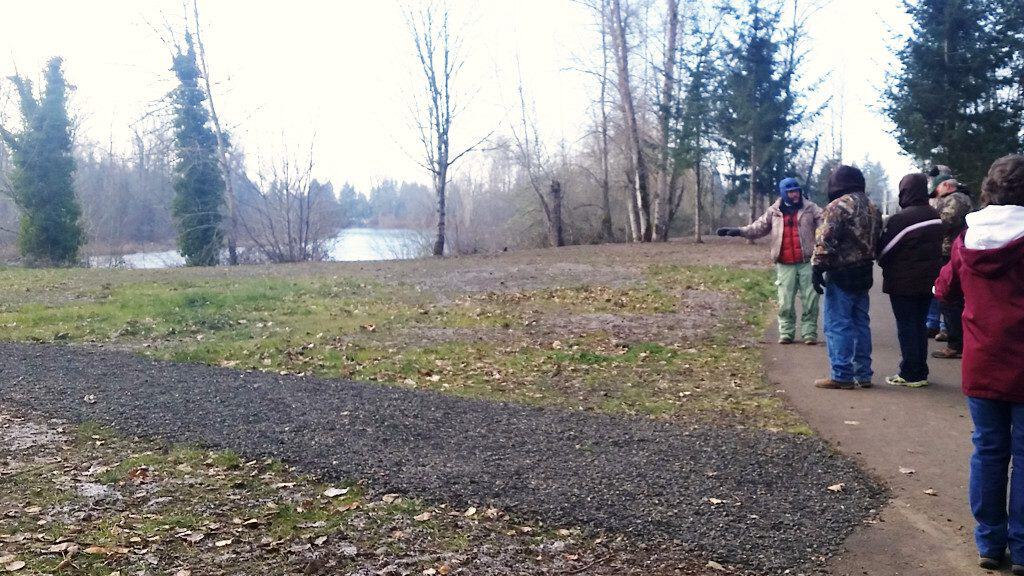 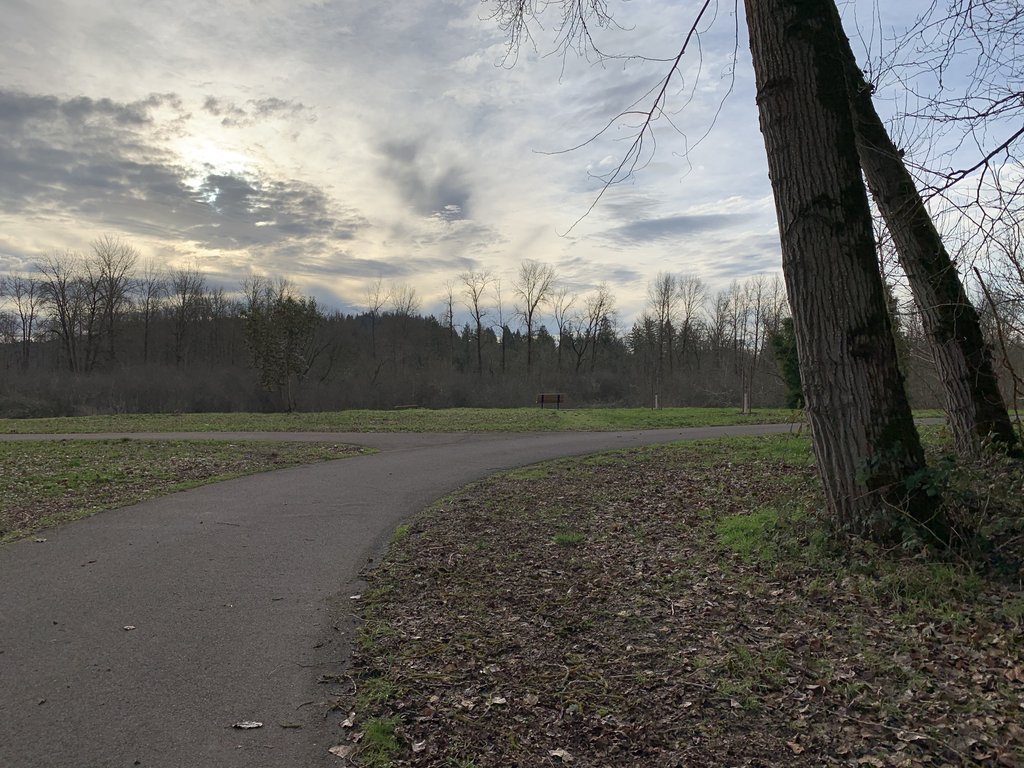 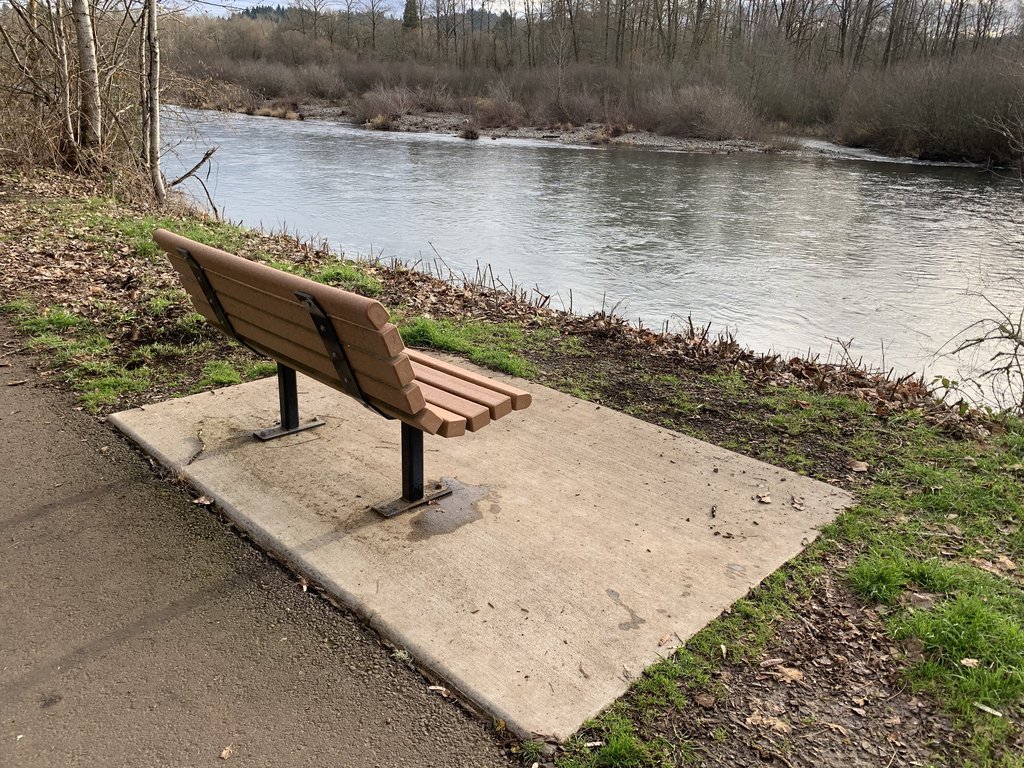 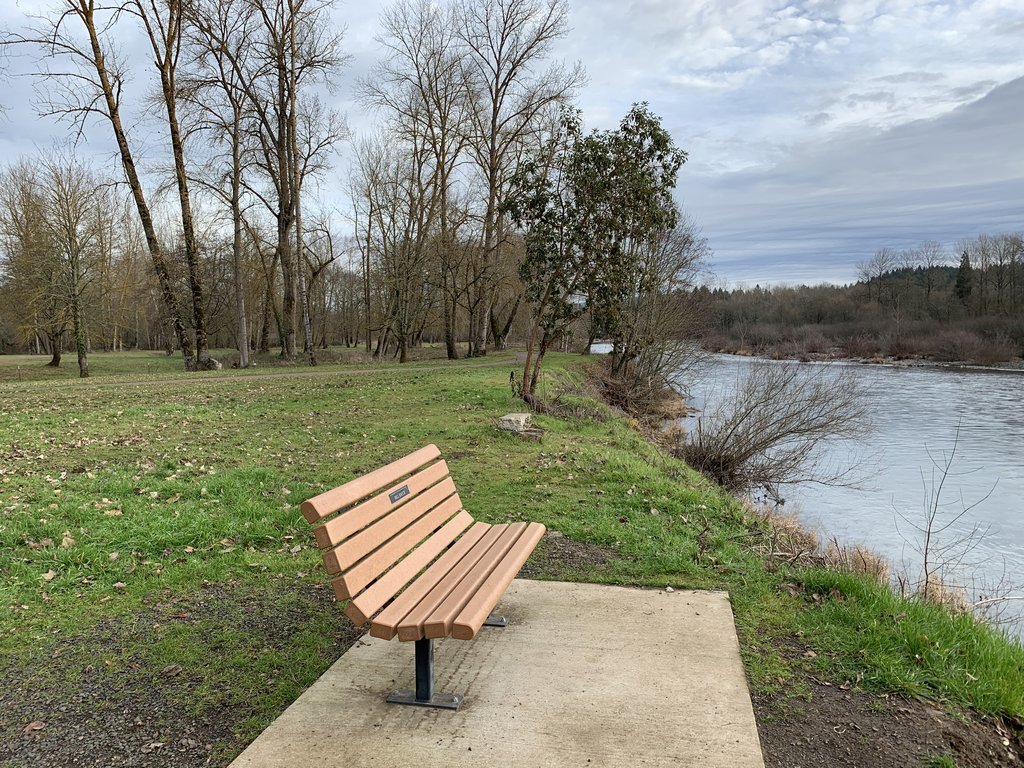 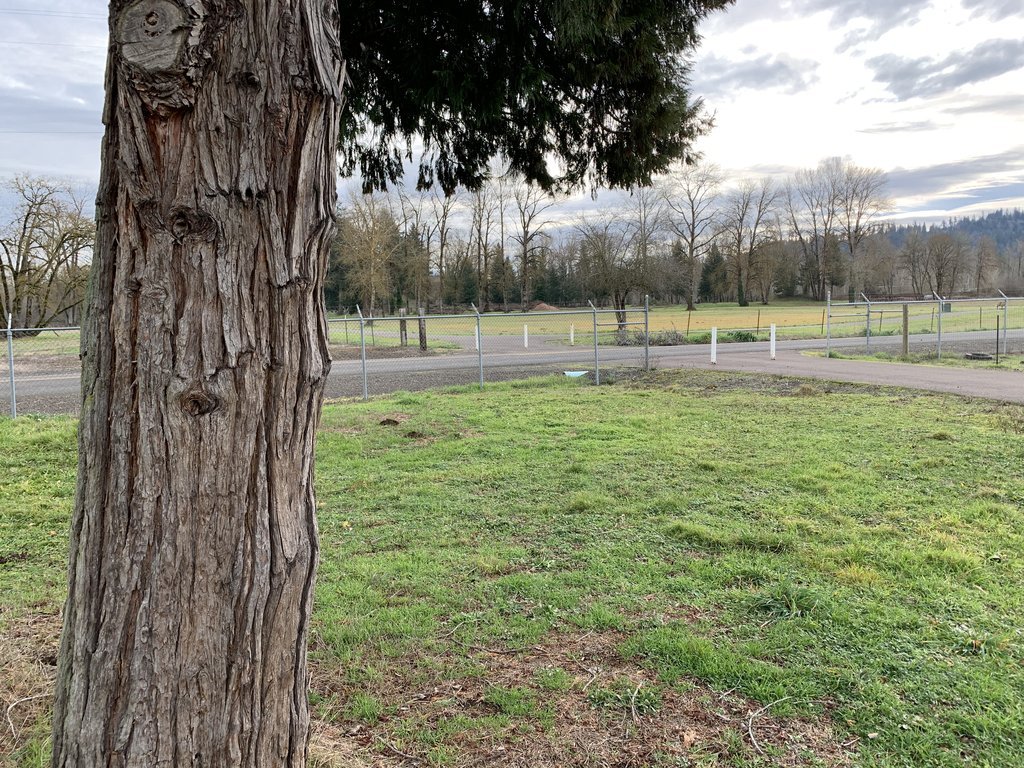 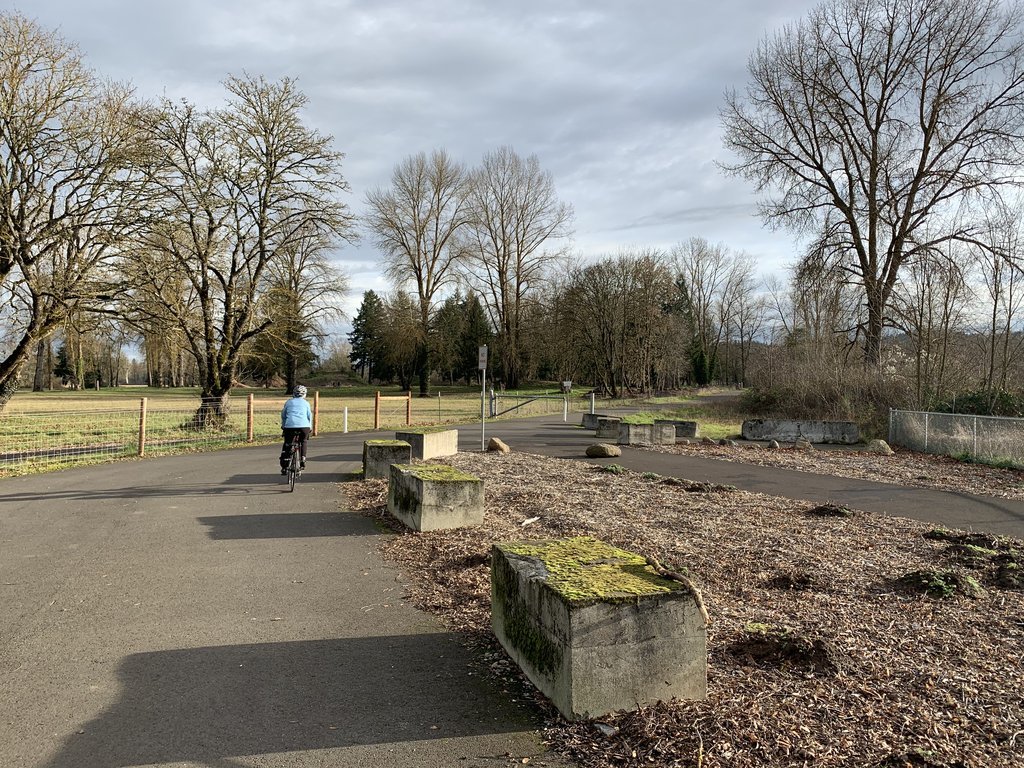 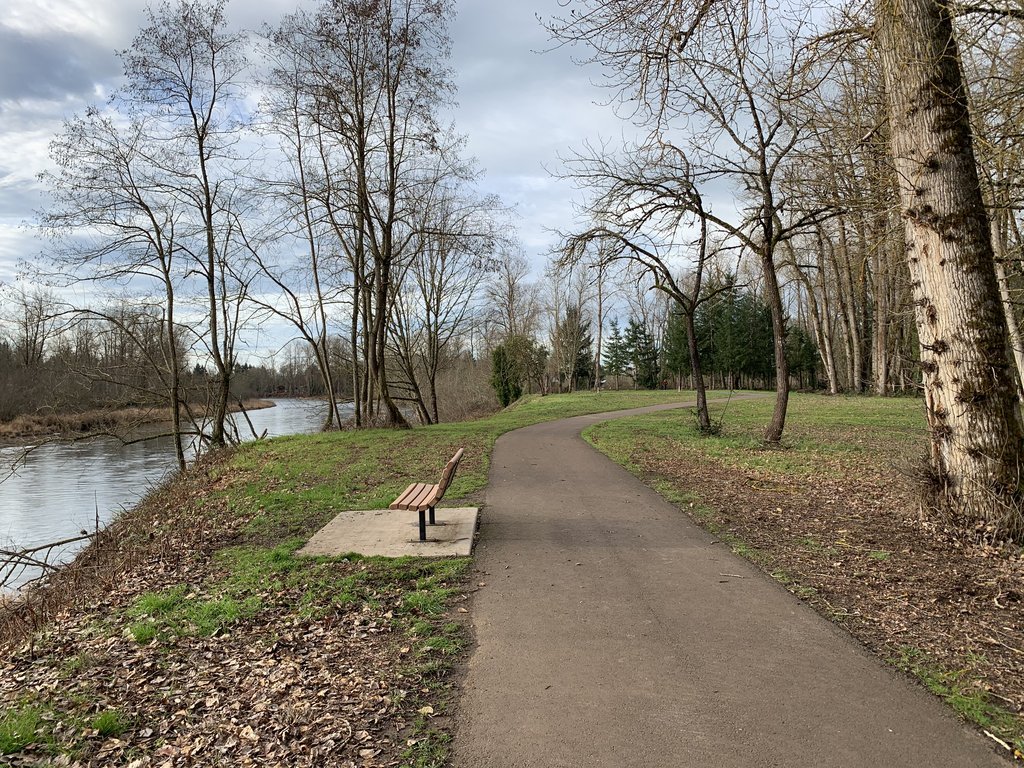 From the intersection of US 20 and Wheeler St, head east on Wheeler. Go straight at the intersection with North Williams St, pass Hiatt Street on the right and Edgewater Loop on the left, then you’ll cross a canal. Just after the canal, turn left into Had Irvine Park and park there. 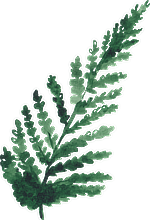 The dam (some call it the weir) at Had Irvine Park was created in order to provide a continuous flow of water through Marks Slough which, in turn, was used to carry wastewater from the paper mills to the South Santiam River.  The wastewater entered the slough somewhere within a couple of hundred yards below the dam.

Nowadays, the City of Albany now owns the canal control gates at the bridge on Industrial way that’s close to LBCC campus. They recently rebuilt the control gates and use them to control the water level at the weir.

Lebanon kids used to get their swimming lessons provided by the city in the spot by Had Irvine Park that is now choked with yellow iris. The swimming area silted in over many decades largely due to the iris but long-time Lebanon residents say that the “swimming” hole” was quite large and deep (maybe 7 feet) and extended from the canal to the dam.

The City of Lebanon Historic Context Statement of 1994 has the following historical tidbit: “Beginning in ca. 1906, the Lebanon Paper Mills were operated by the Willamette Pulp and Paper Co. . . . . By 1910 the mill was coping with the problem of waste disposal. Apparently, people living north of the paper mill were complaining about wastes produced by the company. Faced with the threat of losing the paper mill to another community, the Business Men’s League helped to raise money locally to defray expenses for the paper mill in finding a pollution solution. . . . The solution at this time was to construct a flume from the plant into the mouth of Mark’s Slough where the waste could be deposited into the South Santiam River. The newspaper commented that ‘This will put it far from any residence and into the river where it will not bother anyone.’. . . It was further reported that: ‘. . . should litigation come from the deposit of the waste matter in the river, this city will aid the mill company and pay the costs of litigation to test the question to the last courts to see if the river can be used for that purpose, as there is absolutely no other way here or anywhere else than to put such waste into the running streams of the country.'”