Paws on the Pavement event a fun change 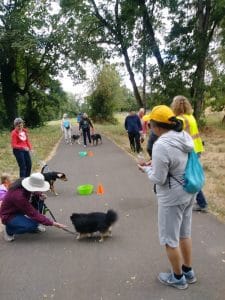 We had a barkin’ good time at the Paws on the Pavement event! It was a small turnout, but the dogs who attended reported they had a great time negotiating the obstacles and getting lots of attention. We’re keeping this short, because the Lebanon Express wrote a doggone great article about the event and about BLT. 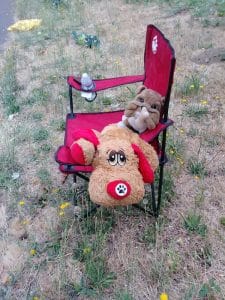 Safe Haven had a booth advertising their services, and they pointed out that there’s now a Safe Haven Thrift Shop in Lebanon with some really nice items and daily deals.

DJ King Pak provided music that even the dogs had to dance to.

Particular thanks to Sherry Liest for putting so much effort into making this event special, and to the other volunteers who helped make the event a reality.

You’ll notice we’ve had a few events this month that involved more than walking: the March of the Munchkins and Kayak Paddle in March, the bicycle tour in July, and this event in August that went to the dogs. We’re planning for next year now. You got any ideas for great monthly events? Send them our way! 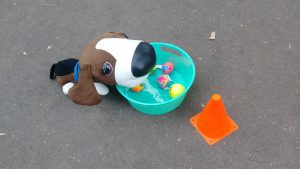